Cox Automotive has downgraded its new car forecast for the remainder of 2021 due to supply issues, despite consumer demand being ahead of the company's previous most likely scenario.

The full-year 2021 forecast has also been adjusted downwards to 1,823,426 new car transactions, -2.48% (-46,349) versus Cox's April forecast and -21.1% compared to the 2000-2019 average. This scenario assumes that modest demand will remain throughout the summer, but the same supply issues currently seen will continue as expected.

A full quarter on, and the challenge of boosting new car production to meet pent-up demand while supply chains faltered in the wake of a global pandemic is a challenge yet to be solved. Global car supply has dropped significantly due to manufacturers trying to adjust to new ways of working, mend broken supply chains and source the materials necessary for new car production.

Figures published by the Society of Motor Manufacturers and Traders (SMMT) earlier this month revealed new car registrations had fallen by 16.4 per cent last month, compared to a pre-pandemic June 186,128 new cars were registered in total across the UK, and the decrease was compared to a 10-year June average. 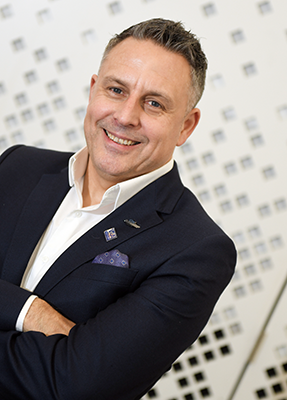 Philip Nothard, Insight & Strategy Director for Cox Automotive, offers a different viewpoint to the reasoning given by the SMMT on the fall, writing in the second quarterly issue of AutoFocus, released on 20th July. He offers insight for the automotive sector and an overview of the H1 new vehicle performance and forecasts for quarter three and the financial year.

Speaking about the challenges, Nothard said: "We're witnessing a perfect storm for the automotive industry. Most in the industry know about the shortages in semiconductors, aluminium price rises and rubber and plastics shortages. But additional issues such as manufacturers shifting their R&D and manufacturing capabilities towards EVs, and the implications of the Brexit transition period and delays are less discussed.

"To get around the challenges and the reliance of technology in vehicles today, manufacturers are refocusing the available materials towards their most popular and profitable models for the time being – EVs, hybrids and higher-margin vehicles such as SUVs and even their commercial vehicle divisions where there is increased demand, in favour of cheaper, less profitable and smaller city cars."

The supply issues are a global problem for the automotive industry. Jonathan Smoke, Chief Economist, Cox Automotive Inc, offers a view from the US perspective: "In early June, new supply continued to contract as new inventories were down 64% year-on-year, with days' supply down even more. The supply chain challenges worsened in the spring, and combined with robust, stimulated demand brought supply to new lows."

It is the used car market that is currently enjoying its most significant influence on the overall health of the automotive industry. Nothard added: "Arguably, the used car market has never had this much influence on the industry as a whole. Buyers are flocking towards used cars with money to splash after a largely inactive year, and dealers are enjoying an uplift in activity as a result. But this can only go on for so long, as supply isn't there to meet demand."

The effects of the lack of new car supply are being felt most by fleet and rental market companies who, in the face of very limited new product, are extending contracts and continuing to utilise the vehicles they already have rather than apply their typical vehicle replacement strategies.

Nothard added: "Lack of nearly new stock means volumes are lower overall and are typically older and have higher miles, while average prices are rising as dealers compete for what little stock is available. Used car prices rises can only rise so far until the situation is unsustainable. However, cap hpi are reporting increasing numbers of used vehicles with values above the cost new.

"We don't expect new car supply shortages to be resolved until H1 2022, so the knock-on effects in the used car market will be around for some time yet. However, while trade price realignments are expected, we are unlikely to see a flood of vehicles into the used market, so the prospect of a significant drop in values is small.

"However, we must be careful that this doesn't turn into a bubble, and keep fingers crossed that as we go into the autumn, we remain free of restrictions and that the economy bounces back as support programmes are removed."